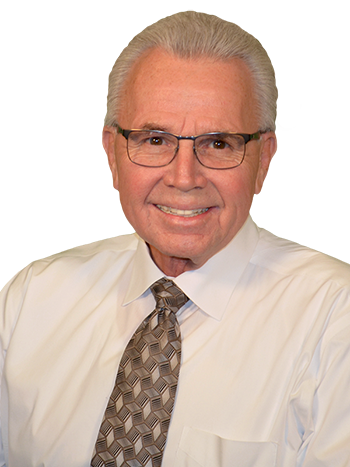 I was born and raised in the Central Valley – I lived in Turlock as a young child, my family relocated to Ripon when I was in the fourth grade. Both my parents come from Diary Farm families so growing up they instilled the value of hard work to my 3 younger siblings and myself.

In spite of being recruited by several colleges after a successful high school football career, I ultimately chose to serve my country and joined the US Navy. I had the honor of serving aboard the USS Sacramento AOE-1 and did two tours of duty in Asia during the Vietnam conflict.  After the Military, I was fortunate enough to have the opportunity to be asked to play football for Utah State, after a brief time in Utah; it was time to return to the Central Valley, ready to start a career.

Connie & I met at my first sales job – I sold Appliances, TV’s, & Stereos for Kmart and later was promoted to the Appliance Department Manager. Connie and I married in 1979. In order to support a family; I decided to attain my insurance license. I began a career in the insurance world and eventually became the proud owner of an Allstate Insurance agency in Manteca. After 28 prosperous years, I sold the company to a larger agency in 2009.

My insurance agency was built in connection with many Realtors; after all, every house sold needed a policy to protect them. Finally, I decided to pursue a career in Real Estate – as it is much more fun to give buyers the keys to their new home or a nice check to sellers after selling their home thant it was to explain why the insurance premiums increased again! My love and passion for helping others has only grown stronger as my career in Real Estate prospered.

In my spare time, I ride an Adventure Touring Bike – I have ridden motorcycles since I was 14 years old. I have been a member of the AMA (American Motorcycle Association for over 10 years. My farthest ride was to Salt Lake City, to the Miller Sports Park on Memorial Day to watch the World Superbike Race. I enjoy fishing in the mountain streams and lakes, target practicing and shooting clay pigeons at the Escalon Sportsman Club.

As a proud and active resident of this community – I am a member of the Morning Rotary Club, American Legion, Veterans of Foreign Wars, Ripon Grace Church. I also volunteer at Interfaith Ministries where we distribute food and clothing to those in need each month.